If you think an architectural design is about merely downloading stuff on Pinterest, think again.

Many architects have now lost the ability to draw. Hey, for some the computer is so much better. But is the machine the same kind of speculative instrument that drawing, or model making, is? I don’t think it is and my concern is that we have substituted Pinterest, and image collecting memes in general, as a way to draw.

Designing has always been about speculation, and I think it is reasonable to collect, download and collage material together and then employ techniques of estrangement and distortion. Why would you do that when everything now ready-made and easily customizable with a bit of site and user functionality and value management thrown in. Why would architectural design be anything else? Plus, those other techniques, the ones of distortion and estrangement, would mean you might actually need some kind of theoretical model or position to work from rather than slopping around in the lather of consumerist capitalism. But I guess Theming everything is oh so easy these days. Contextual theming is the worse and goes like this: “my project design is in an area with lots of (fill in the most predominant and visible thing in the local context) widgets, So I am going to make my building look like a bit like and widget.
Lousy copying in architecture seems to be rife these days. Hey, who needs to draw in the early stages of a project when you hit me up with some of that old vs. new architecture, or give me a slug of arches, or worse still, a shot of archetypal gable profiled zinc. As a friend of mine remarked: Danish or Japanese projects published in Archdaily in the morning quickly end up on Melbourne drawing boards in the afternoon. Nothing like consuming the 24-hour global design cycle.

Worse still are the digital poetics advanced by the digital tribes is, regardless of aesthetic appearance, which embodies an overriding sentiment of the architect’s office as a kind of frontier. A frontier where men are real men (just like in the Searchers) and where design workflows can be optimized and rationalized. Nowhere, is this ripsnorting wham-bam, boys with toys technological frontier, and associated frontierism, more evident in the discourse that surrounds the implementation of Building Information Modelling in architecture. BIM has been a central focus for the digital tribes and at the center of this crap poetics of efficiency, is an entity called the BIM model. The BIM model, the holiest of holies, the modern equivalent to the arc of the covenant, is a static centralized and hierarchical conceptual entity. (sometimes I wonder how much research money was spent ton the development of the IFCs).

Arguably, this statism combined constrains architects from design speculation through drawing. Their rhetorics of the frontier around all this stuff makes architects think they are speculating about something when they are doing no such thing. While researching this blog post I found this on the BuildingSmart website, (hey, whats in it for me) and it’s worth quoting in full:

“Who benefits from standardized BIM-processes?”

Sorry, I know I am digressing a bit. That “living working and life”  bit gets me choked up everytime. Sure, you can play with and do things with the plug-ins nowadays. But is that really the same as drawing? Drawing is a non-standard thing, and the con, of the infamous Non-Standard architecture exhibition in the early 2000s Paris, was to delude architects into thinking that we were all heading into a non-standard world of super digital design.

I wonder if all the above horrors of contemporary design, including digital design, are because we have lost the ability to conduct in-depth research through drawing and sketching

So just like last’s week’s post. Here are few clues to help you get your design drawing skills up and running.

1.Buy a pen and pencil and get some white paper.

2. Start to do something without overthinking

5. It may start as a diagram and then evolve.

6. It doesn’t even have to be neat or even legible to others

8. Without wanting to sound like one of those awful American Architecture school composition manuals: As you draw think about how the drawing might develop: Which aspects of it could change or remain fixed? What are its limits? Which segments of it do you want to design more than others? Think about its attributes. Most simply, should it be bigger or smaller? 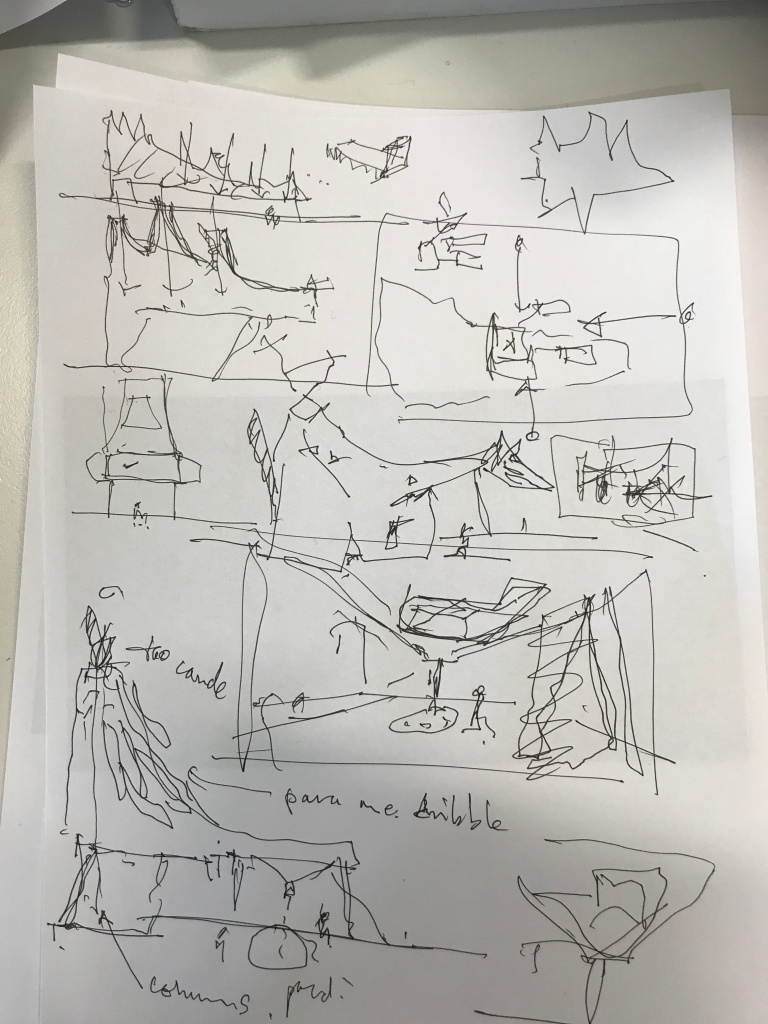 9. Try and draw it in different ways and from different perspectives. 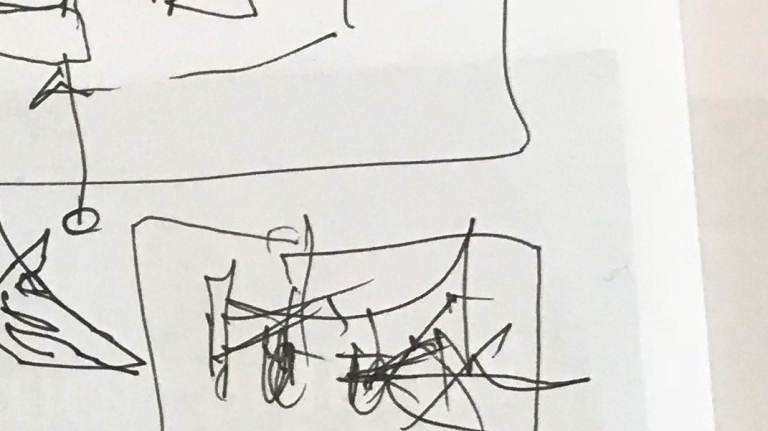 10. Draw quickly then draw slowly and even just scribble a bit if you like.

12. Start again and repeat. Try doing all the above in a computer and see how long it takes and don’t forget only the most narcissistic architects will draw these types of sketches on yellow trace. ( if I had signed my drawings with Siza or Hejduk’s signature the might be saleable and people would drool over them).

So, if you cant do this, or couldn’t be bothered, and its more comfortable to pretend to be a BIM superhero, and you still think Pinterest is the only way to go, then don’t bother calling yourself an Architect. But if you try drawing not only will you be a better architect but the profession itself might just be that little bit more resilient, when the value managers come knocking on your door. Especially when you are sitting around a table, and they are trying to delete every bit of pathetic design you have Pinterest plastered into the project.

The feature image is a Raisbeck drawing collage from the early 90s. Its little wonder I was never invited to be a guest critic or “Assistant Professor” at Harvard, Columbia or the AA.